The Power of Words

A group of frogs were traveling through the woods when two of them fell into a deep pit. All the other frogs gathered around the pit. When they saw how deep the pit was, they told the two frogs that they were as good as dead.

The two frogs initially ignored their comments and continued to try to jump out of the pit with all of their might. The group of frogs kept telling them to stop because they were as good as dead.

Finally, one of the frogs took heed to what the other frogs were saying and simply gave up.  He lay down and died. The second frog continued to jump as hard as he could. Once again the crowd of frogs yelled at him to stop the pain and just die, but the second frog jumped harder and harder until he finally made it out of the pit. 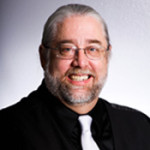 You see the second frog was deaf, unable to hear what the others were saying to him. He thought they were all encouraging him the entire time.

The power of life and death is truly in your tongue. An encouraging word can lift a person up and help them make it through the day. A destructive word, carelessly spoken to someone who is down, can be all that it takes to discourage them even more, or to even help kill them. We must be careful of what we say.

Our words make an atmosphere for Holy Ghost to dwell in. Our words make a platform for Him to do what we speak.   If we are a people who want to see life around us, a people who want to know that we are making a difference in the daily world that we occupy, then we must now nurture a vocabulary that is full of hope and of a future that is edifying.  Matthew 12:37 states; “For by your words you will be justified and acquitted, and by your words you will be condemned and sentenced.”(AMP)

We are being told in this passage that in the lifetime of our words being spoken, there eventually will come a time when each of us will stand before the Lord and be held accountable for what has come out of our mouths.  We should now start to make a very strong effort to be silent when the words will not bring life.

Allow me to give you an example from the bible that may make this easier to understand.  Isaiah 58:6-9 states, “Is not this the fast that I choose: to loose the bonds of wickedness, to undo the straps of the yoke, to let the oppressed go free, and to break every yoke?  7. Is it not to share your bread with the hungry and bring the homeless poor into your house; when you see the naked, to cover him, and not to hide yourself from your own flesh?  8. Then shall your light break forth like the dawn, and your healing shall spring up speedily; your righteousness shall go before you; the glory of the LORD shall be your rear guard.  9. Then you shall call, and the LORD will answer; you shall cry, and he will say, ‘Here I am.’ If you take away the yoke from your midst, the pointing of the finger, and speaking wickedness,”

I have underlined certain parts of this scripture.  Notice, first of all, that this particular fast that God has chosen is not away from food.  It tells of many deeds that we are to do by His perfect and compassionate will, and it is for us, to be a benefit and blessing to people.   For this to occur, notice verse nine.  It is very important that each of us grasps this in its completeness.  To effectively care for people, to have God’s glory as our rear guard, and to have Him tell us when we call on Him that He is right there with us, WE MUST REMOVE THE POINTING OF THE FINGER AND SPEAKING WICKEDNESS.

I will take this further.  In Joshua chapter six, there is the account of Joshua leading the Hebrew people in the battle of Jericho. In this battle, the people are told by the commander of the hosts that they will march around Jericho one time for six days in a row.  On the seventh day, they will march seven times and at the sound of the trumpets, the people were to yell as loud as they could.

The reason for this is that Joshua had seen the behavior of these people that he was leading from the time of their forefathers until that current time.  Each one of them had been a murmuring, grumbling, complaining people.  Joshua knew that if these people were to be effective in any way with the mission that God was giving them, they would need to have their hearts cleansed and a quick re-wiring would need to happen in their thought life.

I would like to point out something from the vision of a seer at this point.  When a person has someone speak to them about someone else, and it is in criticalness or in gossip, many people do not realize that there is a putrefied cloud of smoke that comes out of the person’s mouth and proceeds to defile the person that is listening.  This cloud will fall around the person who is hearing the words of death at their feet.  It will continue to build up until it completely encompasses the person’s entire body.  Then throughout the day, it slowly leaves, but it is first at the feet that it leaves.  Eventually, the defilement leaves the last place on a person, which is the head and the thought-life.

Now on the first day, the people were not allowed to speak and complain about getting up early. They were not allowed to complain about the dirt and dust that was being kicked up by their footsteps as they walked in such a large group. The cloud of dirt and dust entered into their eyes, lungs, and hair, but they were not allowed to speak out about how they felt; therefore, they did not encounter the defiling smoke of bad language.  Then each day, as they were becoming free from the slime that was normally around them, their whole attitude changed.  It became one of purpose with anticipation.  At the end of one week, they were to find out that they would march SEVEN times around the city.  When this was accomplished, because they did not have any defilement from gossip, complaining, murmuring, and criticalness, they let loose a sound. It should be noted that God Himself heard their sound and put His sound to it.  As you read the story of Jericho, you discover in the language that the walls did not crumble, but in fact, the earth opened up and the walls and building fell into the open earth.  Then the ground closed up and as it tells us in the account of this battle, the Hebrew army charged, unopposed, in a straight line to the middle of the city in complete victory.

Now, remember what I mentioned earlier in Isaiah 58:6-9.  God commands us to have a different kind of fast from what we normally would think.  When we fast from the words of slime, of death, and of curses, we will find out quickly that God wants to put His sound to ours.

Each of us must understand that to establish the Culture of heaven – the Ecclesia – on this earth, this is a part of what we must do.  It is in the establishing of life in our vocabulary that our Lord is able to operate in greater capacity because we are obeying and honoring His request for us to be His citizens of heaven on earth.

The enemy of our souls will also listen to our words. When there is a word of death spoken, he will make a permission slip to legally come later and harass, torment, and delay our God ordained destinies.  He is an enemy that desires to destroy us and our lives.  Much of what the enemy does against us is because we have given him the legal right to do so with our words.

So now, we will remove the evil language and make a deposit of life giving words in order to fulfill all that God wants us to do.

“On the shed blood of Jesus Christ as my authority, and in His name, I command every ungodly tie, every ungodly soul tie, harassing and tormenting spirits, word curses, tongues that rise against me in judgment (which I condemn), all witchcraft, all evil, and every attachment of the enemy that would try to come at me – to immediately leave me, my family (their names), our destinies, our coming in and our going out, our finances, and our home. According to Ephesians 1, Father God, I ask that you would place all of this evil under the feet of Jesus Christ now.

I ask You, Father, to cover us with Your word that tells us that we will walk in the blessings and not the curses.  We will be the head and not the tail.  We will be the lender and not the borrower, and whatever we put our hands to shall prosper.  We are the sheep of the pasture of Your hand, and Your sheep hear Your voice. We will delight in Your word.

I ask You, Jesus Christ, to cover us with Your blood that purifies and makes us clean, without spot, wrinkle, or blemish, and to intercede for us by searching our hearts and praying for the will of the Father to be done in our lives. I ask you my Lord to heal everyone in my family with your stripes and to place this healing into us for every occasion.

Holy Spirit of promise: I ask you to seal us up according to Ephesians 1:13 and to intercede for us with groanings that cannot be uttered, as well as leading us into all truth. I ask all of this in Jesus Christ’s Name.. Amen!”