Tearing Down The Walls Between Us

The problem, as I see it, lies in the very title of this article: “My Church vs. Your Church.” Jesus spoke to cities and regions. His vision was larger than a neighborhood or an ideology. Just look at the scripture. Jesus cries out in Matthew 11:21, “Woe to you Chorazin.  Woe to you Bethsaida!”  His grouping was global, knit together by regions. We have boxed ourselves in, retreating to the safety of our own vision born of our own precious opinions and resentments rather than taking a Kingdom view and facilitating the dominion of the King. 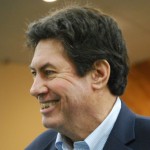 I also don’t believe that He had special separated groupings in mind when he set about His Fathers work, but rather one Body made up of different parts each fulfilling their own distinct function.

John17:11 “I am no longer in the world; and yet they themselves are in the world, and I come to You Holy Father, keep them in Your name, the name which You have given Me, that they may be one even as We are.”  In our need to belong, we have huddled together with those of like mindedness to feel a security in numbers and, thus, drown out the voices of our own orphan-hood. Rather than looking for our common thread in Christ, we point out and emphasize our differences. We justify our separateness which builds walls and stifles any hope of moving together in the “exceeding greatness of His power” as described in Ephesians 1:19.

The word ‘church’ in the New Testament is translated from the Greek word ‘ekklesia’ which comes from two words: ‘ek’ meaning ‘out’ and ‘kaleo’ meaning to ‘call.’ An ekklesia or ‘calling out’ was not just an assembly. The word ecclesia was a political term, not a religious term. Jesus was the King and the Bible used the term “ecclesia” for a good reason. In classical Greek “ekklesia” meant “an assembly of citizens summoned by the crier, the legislative assembly.” It was originally meant to be the political assembly of citizens of an ancient Greek state.

When Rome and its legions ruled Judea in the time of Jesus, they had totally overtaken the region and sought to subjugate the people by completely transforming their culture. They became “the ruling assembly”.We as the modern day church are meant to fulfill the calling out of Jesus from over two thousand years ago and become a radical ruling body here on earth, visionaries who take action and not reactionaries spending all our time trying to only take back that which never should have been lost in the first place. So, in essence, we have shortsightedness compounded by self- centeredness that is headed in the wrong direction to begin with.

I love the Body of Christ. Jesus died for it. I am not on the outside mocking or throwing verbal rocks, but right in the middle of it looking to do my share.I believe that we are in a war and that the Body of Christ is under constant attack. When the natural body comes under attack or is diseased, the other parts pull together and the body begins to heal naturally. When cells rebel and take a course of different action a cancer begins to form and unless halted, the body dies.

So the word that I am receiving as solution for the Body of Christ is the word “MEMBRANE”  A membrane is a tissue in the body which acts as a healthy boundary as it allows the blood to flow through while keeping the impurities out. We need to allow the Blood of Jesus to flow through the whole body bringing life to every part, no neuropathy due to lack of circulation.

Self-centered opinion is the cholesterol buildup that decreases the blood flow and blocks the arteries, thus, depleting energy and draining life. The answer to a revitalized body is not blockage but steady blood flow through healthy membranes. The first step to accomplishing this is preferring others before yourself and not thinking more highly of yourself than you should which will create healthy boundaries.

When asked how He flowed in power, Jesus answered His disciples by putting down the mantle, picking up the towel and washing their feet:in other words, nurturing a “Servants Heart”

To come alongside another’s vision in the region and serve that vision is the doorway to unity and will allow the blood to flow unhindered in a region. This servant heart stance will tear down the walls of arterial sclerosis that continue to plague the church and keep it from being the “Ecclesia” it was meant to be.