A Summons To War

A new era has begun that is propelling women to their places of destiny. This awakening among women and the call to war is not to be confused with the Women’s Lib movement of the past. That agenda was driven by a man hating, antagonistic spirit of feminism that demanded that women be treated like men. It cried out for equality and yet the “equality” it offered, served only to trade one unfulfilled identity for another. 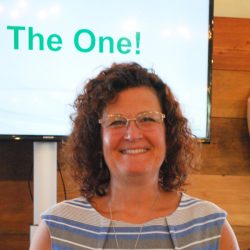 True equality extends to a deeper more influential level. It is the ability for a woman to walk into a room and have equal standing regarding the impact and influence of her words and ideas. It is an aura of openness and competence that causes the thought processes and insights of a woman to be sought, embraced and valued. I believe this is part of the era that is being ushered in today.

Coming into our destiny and having our voices heard does not require that we silence men! Men are a critical component to the advancement of the Kingdom of God. Their value in our lives is irreplaceable and we honor them. However, this is team warfare! As we embrace and step forward in who we are created to be and work alongside men, we remove competition and bring completion to the body of Christ.  Together, as unified men and women, we will deliver deadly blows to the enemy.

Before we can walk in the fullness of our destinies, we must accept our own value as women. Men cannot be expected to be the first ones to discard the incorrect perceptions about our roles and invite us into “their” world. We must be the first to step forward and reject the limiting perceptions of ourselves, and our womanhood which have become incorrectly entrenched in our minds and in the workplace as realities.

As mature women, we must accept our summons to war. We must let go of our need to be in the center of an emotional crisis. It’s time to silence the irrational presumptions about yourself and others. Lose the drama, stop reacting to life, and get out of the boxes you or others have created. You don’t need a crisis to validate your existence.

While this revelation is liberating, and can birth generational culture change, it may find resistance from the religious sectors and from within the internal ranks of women as well! Daring to defy the traditional perceptions of a woman’s “position” can seem rebellious, unsubmissive, and even unladylike. But, when we realize that the initial definitions were drawn incorrectly, we can reject the incorrect programming received as children, we can celebrate our femininity and still have significant and lasting impact in every sphere we enter.

It is time to come into the revelation that we, as women, have the opportunity to shape history. Our ability to respond to the call will open doors, remove stumbling blocks, and set precedent for our daughters, granddaughters, and generations to come. We will be those who unleash the sustainable roar of femininity, create lasting impact in our society and redefine our cultural influence.