Mankind has never experienced anything close to the era in which we find ourselves. Media has the ears, eyes, minds and hearts of cultures of the globe. 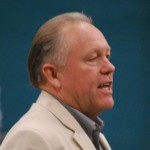 Strategies abound, when it comes to the ways that mankind is able to reach the masses in meaningful communications. “Where much is given, much is required,” and as representatives of the kingdom of Heaven we need to know media and communications and start the flow of the declarations of our King.

The Church, typically has one of the slowest “change mechanisms” of modern society. “Pastors” don’t see that it is their job or responsibility to strategically use the growing number of communications tools that technology is making available to the world. Those churches that are “lost in the old days” are dwindling by shear numbers alone. Not to mention the attrition view, watching the congregations getting older and older as far as the medium age of the people is concerned. We say that the Church is about relationship but relationship cannot possibly deepen or even take place without communications.

Preaching is the use of media for communications. Jesus Christ, our model, used every form of media available to Him at the time. 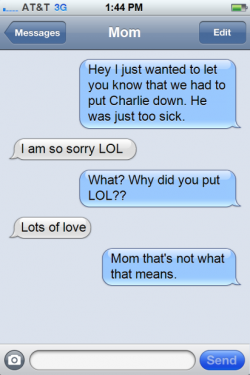 Young people don’t use their mobile phones to talk on, much. They text, tweet and Facebook and even develop a shortened language so that they can talk more and say less. Complain all you want. It won’t change the direction that the generations are traveling. To get them on course with the kingdom of God, you are going to have to get in the slipstream and start piloting the ship in the direction of the kingdom of God.

One flow of communications will only narrow the audience. Communications strategies must consider all forms of communications and use every avenue with the hope that in each form, your voice, the message, will get to a few and the few become a growing number of thriving audiences.

I suggest that Ecclesia leaders stop what they are so tied up with and take a look at their responsibilities toward media, technologies, and the use of every form of communications possible.

Sending emails out for advertising is so narrowing that it is nearly Neanderthal in nature. Might be better to draw hieroglyphics on the walls of the local bus station and get better results. I’m exaggerating but only a little. Let’s face it, we email because it’s easy and cheap and then when we have labored so hard to get that email blast out, we think we have done the job. When, if you did some message tracking you’d find that a very sizeable group of people didn’t even open the email for more than a second if at all. However, there are some people who depend on communicating through email, so we must.

Using the United States Post Office and sending what is now called “snail mail” seems archaic. I suggest that it is a hole that needs to be filled and people need to get something beside a bill in their mailbox for a change. Am I saying that we need to go back to mailers? Yes! Along with all the other forms of communications, there is a distinct audience that will only hear you if they get something in their P. O. Box – in their hand communication experience.

So, you don’t like FaceBook. Funny, Jesus didn’t like what was going on in the Temple in His day either. But that was where the people of God and the sinners congregated. So, He went there with a message. Do you know that “Virtual Churches” are forming on FaceBook? You may not like it but it is where we are today and you can’t close your spirit to the people of God and the people of the world and expect to change the nations.

Twitter is used by Politicians because it wins elections for them. Some of the new celebrities that we now know, started on YouTube, Twitter and FaceBook without a big production company or recording label.

I’ve heard preachers pride themselves in the fact that they, “don’t twit on you face.” Now, that’s an intelligent statement.  Yet, I actually heard a man who calls himself a leader say exactly that.

So, what’s the answer? Roll up your sleeves and get to work at studying the technologies for communications that are available to you. Don’t text? Just do it. Text some young people you know and love. See what happens.

Don’t Tweet? Start putting some of your sermon outline points into a 140 keystroke form and see who responds. Don’t YouTube? Try doing a simple Q&A on a two to five minute video and upload it to your own channel and see who starts listening to you. Don’t FaceBook? Your peeps do. You need to know what they are saying and join into their lives in the comfort of their homes and workplace. Is there more in the future? You bet there is. That which is coming is going to astound you. Be there for it. Be the first on the block to “make the name of Jesus Christ famous” in the newest social media out there.

What is a communications strategy, anyway? Sit with a team of people that are a crosscut of ages and talk forms of communications. Snail Mail, FaceBook, Email, Twitter, YouTube, Website, and the like. Draw out an individual plan for each avenue of communication. Get the ideas from others. Take really good notes and then sit down and make a first draft of your plan. Send it to some media “experts” and get some input. Plan on building a media team and meet with that team regularly to assign tasks and get input.

The Apostle Paul told his son in the faith, Timothy, to “Preach the Word!” This is our quest, our goal, our responsibility to the people of this world. The “gospel is the power of God unto salvation,” and we need to get the Word in every form of media that is possible so that the gospel can go to work and change lives everywhere!