Using Language as a Weapon

Words are powerful.  Wars are waged and entire nations are conquered by the power of words.  It’s important that we understand that the pen truly is “mightier than the sword”.

We find ourselves in the midst of a culture war. One of the most critical elements of success in any military campaign is communication.  If you can confuse or hinder the channels of communication of your opponent, you can gain an advantage that can ultimately lead to your victory.  The enemy of our souls understands this and continually seeks to bring confusion into our communication at every opportunity. 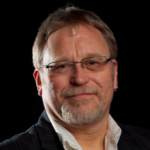 Language is the means by which we communicate.  Every culture has its own language which allows the people within that culture to work cooperatively in order to accomplish mutual objectives.  Without a common language, cooperation is extremely limited and fruitful enterprise is drastically hindered.  While animals possess inherent instinct, humans must rely solely upon language as the only means by which knowledge and survival skills are passed from one generation to the next.

Language is also fundamental to the way we interpret reality. We think in pictures, and words create images in our minds based on our understanding and interpretation of their meaning.  Words have the power to transform our worldview and to chart the very course of our lives. Culture is actually a product of language.

We all interpret the world through our unique understanding of it (worldview).  Each new generation has a number of revolutionaries who possess a desire to correct the mistakes and right the wrongs of previous generations.  This is commendable and even necessary, yet however zealous they may be to change the world, young people also lack a measure of wisdom that can only come from experience.  Thus, the enemy works to bring division between the older and younger generations, yet maintaining trans-generational communication is vital for the health and advancement of any society.

One of the challenges we face in this regard is evolution of language.  Younger generations are prone to modify language and make it their own by changing the meanings of existing words or creating new ones.  In time, street slang and cultural buzzwords find their way into the mainstream of each new generation.  It’s easy for those in the older generation to tune out the younger and not actively seek to listen to and understand what they are saying.  However, if we don’t bridge the language gap with the younger generation, we become increasingly irrelevant because we become isolated from the changing culture around us.

If you’re over 40, it’s not difficult to think of words that have drastically changed in meaning during your lifetime.  When I was a teenager growing up in Idaho during the 70s, “gay” was someone who was happy, “spam” was a breakfast food, and “thongs” were something you wore on your feet.  (Today if I told my kids I was running off to the store to buy myself some new thongs, I’m sure it would generate an amusing response!)  Of course we had our own version of the language as well, redefining words and coining new terms like “cool”, “groovy”, “roach”, and other “far out” phrases.  Today I try to restrain myself from using the term “groovy” in the presence of young people because they make fun of me, and that kind of “harshes my mellow”, if you know what I mean.

Another challenge is that language is subject to manipulation. It is a historical fact that if you can change the language of a culture, you can steer it in the direction you want it to go.  Simply stated, “Whoever controls the language controls the culture”, and “whoever frames the debate wins the argument.”  For the past several decades it seems that the Ecclesia has largely been ignorant of this fact while the forces of darkness have effectively used this strategy against us.

Take the word “justice” for example. “Justice” carries the idea of fairness and people getting what they deserve.  According to scripture, justice is one of the foundational principles of the Kingdom of God on the earth (Isa. 9:6-7).  Thus the concept of justice should be near and dear to the heart of anyone who claims to know and love God.  America’s Founding Fathers had this in mind when they penned the Constitution and included the words “all men are created equal”, and further believed that all men have inherent, God-given rights of “life, liberty and the pursuit of happiness”, or equality of opportunity.

In reality, there is only justice or injustice.  If something is not just, then it is unjust.  But how do we define “justice”?  The term “social justice” has been used in the previous century to describe the righting of such wrongs as unfair wage practices, child labor, abhorrent prison conditions, inequality of race and gender, etc. – issues that most reasonable human beings should be able to agree with.  This gave birth to the labor union movement and much needed reforms took place.

But today, “social justice” is being re-defined far beyond the recognition of equal opportunity. Several decades ago, the progressive movement seized upon this phrase as a tool for social transformation and wealth redistribution. The “Social Justice Movement” now openly embraces socialism as a means of redressing the alleged evils of capitalism and producing a forced equality, which it freely acknowledges will be purchased at the price of individual liberty.  If you disagree with their campaign of “social justice”, you will be demonized as one who is selfish, unjust and unfair, despite the fact that forced redistribution of wealth is the diametric opposite of “justice” and is thus “injustice”.

We call this manipulation of language for social transformation “propaganda”.  Garth Jowett and Victoria O’Donnell have provided a concise, workable definition of the term: “Propaganda is the deliberate, systematic attempt to shape perceptions, manipulate cognitions, and direct behavior to achieve a response that furthers the desired intent of the propagandist.”  Because this was widely used by Hitler to promote Nazism and Socialism, the term has inherited a negative connotation, but in reality it is used by the social engineers of today on both sides of the struggle.  Let’s be honest – when “they” do it, it’s propaganda, but when “we” do it, it’s called information and education.

This is the reason the enemy has wisely sought and won control over the cultural mountains of media, education and government.  Whoever controls these institutions and instruments of knowledge has the capacity to mold and shape people’s perception of reality and direct culture.  This is accomplished by associating new meanings to existing words or crafting and propagating new phrases that carry the definitions they desire to inject into the minds of the masses.

The tragedy is that most Evangelical/Charismatic Christians have allowed their dispensational/escapist theology to sideline them in the battle for culture.  Rather than seeking to bring transformation to the world, they have retreated into their own culture and developed a new language of their own.  There is an entire phrase book that is common to the average churchgoer, but completely foreign to the un-churched.  As precious as these words may be to us, when we toss out terms like “saved”, “sanctified”, “born again”, “washed by the blood”, etc. in the presence of unbelievers, they not only do not understand us, they marginalize us, causing us to be irrelevant in their lives and thus ineffective in our mission.

It’s time for the Ecclesia to begin walking in wisdom in regards to our language – choosing our words carefully and appropriately for our audience.  We need to educate ourselves on the language of the culture around us and stop isolating ourselves from the world Jesus has called us to transform.  We must also learn to strategically employ the power of language to frame the debate, re-define the terms of the battle, and bring reformation to Religion Mountain and transformation to the culture around us by invading it with the truth of the Kingdom of God.