What Do You See?

We read in Genesis 1:26, “Let Us make man in Our image, according to Our likeness,” and again in Genesis 2:7, “The Lord formed man, and man became a living being.”

As Jesus has asked the question to me, I now ask you, “What do you see?”

We know we are created in His image and the seed will reproduce after it’s own kind. He is the creator, and through us, He creates! Because He sees, we can see also! 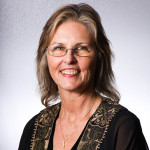 The first time I “saw” Him, I was thirteen. My father had just died and it was a very difficult time in my life. I was awakened to a “knowing” to go downstairs and open the front door. As I hurried down the stairs and flung open the door, I saw a man approaching, shining in a glorious light! There was a loud, but sweet sound of bells ringing. He looked at me, and with great love spoke these words: “Forgive your mother.” At the time, I did not understand His words, but later learned that this was a prophetic statement concerning things that would soon come to pass. After He uttered these words, He vanished before my eyes.

I had never been trained in these realms. When I tried to communicate my experiences with my mother, she was overwhelmed with fear, so I bumbled along on my own. It was years later that I began to see clearly. I realized that the greatest stumbling block to seeing was FEAR.

He loves me and He loves you! His life was laid down for ours so that we would have life abundantly! If we then believe His great love towards us, and in us, that works all things together for our good, then we dwell with him in heavenly places! If we then abide with him, what do we see? We see what He sees!

Psalm 36:9 states, “For with you is the fountain of life; In Your Light we see light.” So I see all things in the light.

We read in Psalm 17:15, “I will see Your face in righteousness, I will be satisfied with Your likeness when I awake.”

Consider Matthew 17:1-5. Jesus took Peter, James, John, and his brother with him to the mountain. Does He not also go with us? “Did not my heart go with you?” Yes, is the answer! In the same scripture their first response was to become fearful. Isn’t that our response also? But Jesus tells them, “Get up and do not be afraid!” So then, as we walk knowing His love, His abiding, and His working all things for our good, we see! Perfect love casts out fear!

We may see glimpses of spiritual movement in our peripheral vision. As long as we embrace the truth that we have seen something, rather than to dismiss it in doubt, we will continue to see. We may have a “knowing” of His presence, or of angels, or of demons. He may open up our spiritual eyes to see them clearly or to see Him! What will our response be? The possibilities of seeing and overcoming fear are eternal. We are eternal beings, having a human experience. It is not the other way around. God will bring forth all that He has for us, whether in open vision, transportations, dreams, or occasional glimpses. Only believe He is, what He says, and what He does through you, and you will see!

He says to us now, “Beloved, in Jesus Christ you have been purchased, and in Me you are enough, you do enough, you have enough. So rest and I will show you great and marvelous things!”