The Stones Left In The Bag

“Then Saul gave David his own armor—a bronze helmet and a coat of mail. David put it on, strapped the sword over it, and took a step or two to see what it was like, for he had never worn such things before. “I can’t go in these,” he protested. “I’m not used to them.” So he took them off again. He picked up five smooth stones from a stream and put them in his shepherd’s bag. Then, armed only with his shepherd’s staff and sling, he started across to fight Goliath.” (NLT) 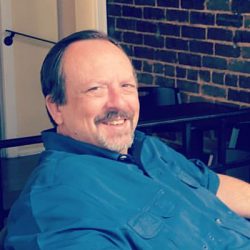 Some time ago, I saw a vision of the five stones that were in David’s bag when he went out onto the field to fight Goliath. The stones were all equal in dimension color and weight. One stone was not distinguishable from the others. I saw the hand of David reach into the bag. The stone he picked was chosen by divine direction. David was walking out in the faith for the moment. He was not thinking about which stone to pick. He didn’t have to. Each stone was the same so there was no need to feel around for the specific stone he should use.

This would be similar to a civil war soldier choosing a musket ball. He wouldn’t take time to pick through his bag of musket balls; he would simply reach into the bag and pick the first one he felt. In my vision, so it was with David.

We all know what happened next…

The significance of David picking the five smooth stones from the creek represents the church made up of five unified parts that work together to form a unity that will be the body of Christ.

The five stones were in the bag together. One stone was not necessarily distinctive from the other. When David reached into the bag to pull the stone that would kill Goliath, he didn’t hesitate. The stones that didn’t get picked did not complain and mumble about the stone that did get picked. They knew they had a purpose and that they would be used in the proper time.

So it is with the body of Christ. We should never be in a position to want the other’s gifting. We should always be in a place of support and have a willingness to serve in whatever capacity we are called on to do so. Sometimes serving means being left behind in the bag, but if that is to be, REJOICE! You are left to intercede for the one who is being used at this particular time. That one’s gift is the precise arrow that needs to be shot at that particular time.

In a time of war and battle the worst thing we can do is to break down in our ranks and start to question the Master’s direction. Jesus Christ through the guidance of the Holy Spirit will be faithful to us. He will always sling the appropriate stone to the appropriate target at the appropriate time.

When we read these passages we see that all members of the body are blessed with specific special giftings and that each of us enjoy the giftings of the other.

To me, the five stones are the example for the church. When we see God using another stone for the effective purpose that God has need for at this present time, it is our job as one of the stones left in the bag to support the one being used. If for an instant we are jealous or envious of the stone being used, we will hinder the effectiveness of the stone. The church will grow when we realize it is not about “me”. But rather it is about seeing the Kingdom of God advanced on the land.

As a single body of believers, we must be content with being one of the stones left in the bag. If I am a stone left in the bag, I am in constant readiness for when the divine hand will reach into the bag and select me. However, I can almost guarantee that I won’t be picked if I am feeling rejected or orphaned because I haven’t been picked before. Romans 8:18-30

When we recognize that the very land is waiting for us to grow into who we are in Christ, we will start to have an urgency about us. We will start to hear and see what God is showing us in relation to His purposes instead of our feelings. It is time for us to come into our inheritance as blood-redeemed believers and rise up as a single force. A force that is formidable and effective; a force that will not be caught up in petty bickering or jealousy; a force that stands at the ready; a force that understands that each member has a part to play and that part is critical to the overall battle that is to be won.

This is a force that truly can be called, “The Body of Christ”. I want to be a part of that force. I want to be a stone in the bag that is ready when the divine hand reaches in and chooses me to slay the giant. My desire to be ready outweighs any and all other feelings or emotional hinderances.

Father, it is my commitment to You to be ready when you call on me. It is my commitment to desire You more than any other thing or want in my life. I will be a person that stands for you and will be counted among the Sons of God. I will be the one who will stand within the formidable Body of Christ. Father, if you choose one of the other giftings, I commit to support that person in their gifting and intercede for their success in what You have called them to do. Father, if you choose me, I commit to rely on You and the intercession of the saints around me to succeed in the purpose you have set before me.