2014 The Year Of Recovery And Discovery

2014 The Year of Recovery and Discovery
A Fruitful Year Indeed

As I was praying for the Word of the Lord for 2014, I saw Two Hands break-through the clouds and reach out over the Earth. Hands speak of power, the Power of God made manifest. On one Hand was the word “Recovery,” and on the other hand was the word “Discovery.” One hand was reaching back as the other hand was reaching forward. Then I heard the Spirit of the Lord say, “It will be a Fruitful Year Indeed.” 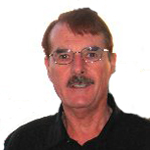 2014 Will be The Year of Recovery and Discovery
Let me first share about the word “Recovery” and how it applies to you and also to the world. This was the Hand that was “reaching back.” You see, there will be a substantial turn around of the world’s economy in 2014. The
economies in the USA, Europe, Canada and Mexico, to name a few, will see a significant breakthrough in their economies. The outlook is turning positive, and many that are willing to take risk, will benefit.

A Recovery of That which was Lost
The Spirit of the Lord spoke to me, saying, that there will be a “Recovery of that which was Lost.” Things, as well as People, that have been lost will be found and restored back to their rightful place, position and/or owner. As a Prophetic sign, many will recover “lost objects,” like rings and watches and coins. Much of that which was lost in the “great recession” will be recovered. There is an anointing to “Break-In” and take back what the devil stole. God will give Divine Strategies for recovery to those who wait upon Him. And the Lord gave unto me 1 Sam.30:8, That which God said to David, is for you! “Pursue, for you shall surely overtake them and without fail recover all.”

The Mercy and Love of God will be so evident to those that have repented concerning that which they had lost in their own foolishness or disobedience. So that, much will be restored back to them.

“I will restore to you the years that the locust has eaten…you shall eat in plenty and be satisfied, and praise the Name of the Lord Who has dealt wondrously with you.”  (Joel 2:25, 26)

The Lost will be Found
Many people will “Find their way out of the maze” and say, I can see clearly now, for in the recovery, confusion will be broken. Direction will come; faith will arise again. Many people will “Lock In” to their purpose in 2014.

Lazarus will come Forth
For those who thought it was all over – for those who thought it was dead – for those who said it is too late now – God will raise them up for His glory. Yes, the dead will be raised in this recovery; dead ministries will come forth out of the caves and out of the graves and go forth in power. Hope that was lost will now be found. Addictions will also be broken in 2014. This is what has destroyed many lives in past years. But a Divine exchange to an addiction to the “Most High” will take place. There is an anointing to Break-Off that which binds, and to be released from strongholds.

A Time of Discovery is Here!
The Spirit of the Lord will take you “Beyond the Boundaries” of what you know in 2014. Each year we discover that the Universe is much bigger than we had imagined. If the Heavens declare the Glory of God, then the Heavens themselves could be beyond measure, infinite, as the Glory of the Lord is beyond measure. Your world is about to become a bigger place. Break on through to the other side. This is a Quantum Leap year in knowledge. Many will grab hold of truth that they could not understand before. The creative power of God will be revealed in many avenues of knowledge. The Glory of the Lord will be revealed, and the Saints will explore these new realms of Glory, in a continual flow of revelation and deeper understanding.

“A Fruitful Year Indeed”
The Spirit of the Lord says, “Those who sow the seed will reap the harvest, those who tend the ground will reap of the fruit of the ground.”

There will be a strong emphasis on the “Fruit of the Spirit” in 2014
As a shopper goes through the vegetable produce section, looking upon the fruit, first they are looking for Quality before they look for Quantity. So the Church will see in 2014, that the “Glory of God” which is described in Exodus 33:18-20, Ex. 34:5-7 is first about “Who He Is” before it mentions “What He Does.”

The “refiners fire” will burn in passion and love in 2014 to make God’s people ready for quality fruit. And so the “Fruit of the Spirit”, the Character, will be emphasized before the Power. It is who you are that is more important than what you do. This Purity will bring forth a “Power Enhancement,” in expressing the Heart of God in Spirit and in Truth. The result will be Fruit By His Glory, For His Glory, and Of His Glory. We are entering into a “Fruitful Season” (Acts 14:17) believe it, confess it, and act upon it. A time of increase and breakthrough is here for you.

You should ask yourselves: “How do the words Recovery and Discovery apply to my own life and circumstances?” I declare over you that 2014 will be a Year of Recovery and Discovery for you, a Fruitful Year, A Year of Joy, that comes with the Harvest and His Manifest Presence, and Knowing that you are Loved by Him!