Making a Mountain Out of Government

When it comes to the realm of government many individuals shy away because they don’t want to be involved with politics. They have such a distaste for the lack of credibility and integrity within the system, that they refuse to get involved. They fear becoming tainted with the evil around them or believe the problem is too far gone and can’t be turned back. The problem with this type of thinking is that without the intervention of Kingdom minded individuals, a breeding ground of corruption continues to grow and repopulate the political realms. Silence is a form of acceptance and without intentional resistance, tyranny will continue to flourish. 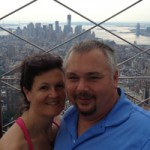 What is needed now in our country are statesmen who will respond to the call of government out of responsibility, not because they are seeking political influence. Our country needs men and women of God who will make decisions not based upon political correctness and the desire to gain votes, but  decisions based upon the strategic good of the town, city or state and the good of future generations.

Becoming active in your local government is not hard. It starts with a call to your local county board of election. You will need to find out where the local party committee meetings are being held.  It is there that you will become familiar with the system of government and the politics associated within your town.

Although it can be frustrating to schedule time to attend these meetings, your local party determines the candidates for the town offices. Those who attend the meetings can voice their agreement and other alternatives for the candidates presented. This places the responsibilities back on the individuals. If you want better candidates, you have to have influence in the party.

One misconception that many voters believe is that you must vote for whatever candidate is listed or endorsed by your party. That simply is not true. I was surprised that during my campaign as I visited houses, people would apologize that they could not vote for me because I was not in their party. They had been told that as Union workers and State workers, if they did not vote within their party line, they could lose their job. It is sad how fear and miscommunication can control so many people.

Another misconception is that you must accept who the party endorses as your only alternative. Again, this is another lie. In our town, we were interviewed by the Independent and Conservative parties for their endorsement. Although the interview went well, and on paper our beliefs appeared to be in alignment, we did not receive their public endorsement. This was not acceptable to us so we went door to door with a petition asking the Conservatives and Independent voters if they would like to endorse us instead of who their party chose. We received enough votes on our petition to qualify for our names to be handwritten on the primary ballot. We knew this was a long shot, but we actively went out in the community each night and spoke about the issues and then sent mailers to each home showing exactly how to write our names on the ballot. We won the primary in a 3 to 1 ratio against the endorsed incumbent and won the right to be listed on the ballot. If we had not understood the system, or our rights, we would have taken the political decision from both parties and believed that we did not have any choice. We have rights and choices and we need to learn that “no” is not an acceptable answer!

Once again, I want to reiterate that I gained this information by attending meeting after meeting for years, learning and educating myself on my rights, the true rights of my party and the rights of my community. I made some mistakes along the way, spoke up when I should have listened, and ended up with a few bumps and bruises. Through it all, I learned that the key to becoming a person of influence in my town and in my local government was to get involved – first as a committee member, then supporting and helping others in their campaign, and then eventually running with a team in our own campaign.

Running a campaign also means that you must have a message.  A message with staying power requires your beliefs to be firmly grounded on the purpose for the town instead of a fad or a fancy slogan that provides no practical application. You need to put together a vision and a plan for what you want to do. People will follow strong leadership and they need a vision. Scripture tells us, without it, people perish. That is why, I believe, Believers should be the ones holding these positions. We know God, the Creator of our regions, created those regions with a destiny. Who better than you to guide your region through fulfilling its destiny?