Story of a Dad

This city was like most others, encompassing both good and the evil. In the case of this particular city, the good was very good. He was the owner of the Alpha Omega Security Agency. It had been in business for ages. Not one of his clients had ever suffered loss while he was working on their behalf. As a result, he was quite wealthy and had many trained security professionals working for him. Though he has many names in this business, let’s call him by the one he likes best , simply, “Dad.” That was always his favorite title. He loved his kids more than anything in the world. Dad had a couple of top managers in the security firm, Gabe and Mike; they were the very best at what they did. They were highly skilled in every weapon imaginable and the best anywhere when it came to mixed martial arts. 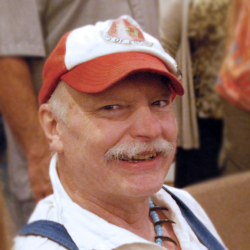 The story starts way back years ago with one of the more memorable encounters between the good and the evil in the city. As I said, there was evil in the city as well. He came in the form of one person with many that followed him. It is said that he once worked for Dad, but that was so long ago no one remembers. This personification of evil went by the name of the “Snake”.

As the story goes, Snake had an encounter with Dad’s first daughter. It was a deliberate attempt to rob her of her innocence. If there is anything Dad could not tolerate, it was evil messing with his kids. So, it was an hour before dawn, a long time ago, that the security company’s sleek white bulletproof Mercedes Benz streaked into Snake’s neighborhood with Dad in the backseat and Gabe driving. The white car drove up to the outer wall of Snake’s compound and Gabe got out and opened the door for Dad. Gabe asked him if he might need him to “tagalong” on this “visit” but Dad only laughed. He slapped Gabe on the shoulder and said that he had been handling things long before Gabe worked for him. Then he disappeared over the wall.

Well, there is no sense in going over the details of the encounter other than to say that in the ensuing fight, Dad came out without a scratch. The Snake, however, wound up a paraplegic. He would never walk again. The anger and hate that Snake had for Dad increased greatly after that. He determined he could never win against Dad in a fight. The Snake had another plan that would hurt Dad the most. He would go after his kids from now on.

After that, Snake used every one of his followers in an all-out effort to turn Dad’s kids away from him. The drug dealers were all over them, telling them that their Dad didn’t want them having any fun and wouldn’t they just try something—a free trial so they could see what they were missing out on. Snake’s people were in the schools telling the kids they should be ashamed of being a Dad’s kid and that they should break free and live their own life. When bad things happened as a result of choices Dad’s kids made, Snake’s people were there telling them Dad hated them and no longer cared about them.

Many of you are parents out there, have you ever felt like the whole world was out to steal your kids away from you? Well, in Dads case, it sure seemed that way. It got so bad that when his kids saw him on the street they would walk the other way for fear of punishment or shame over what they had become. Others cursed him to his face, blaming him for the condition they were in. Snake did such a thorough job that not one of them loved their dad any more. There were a few that wrote him asking for money. Money he could not send them because he knew what they would spend it on.

Well as you can you can imagine, Dad’s heart was broken; he was inconsolable, just as yours would be over your precious children. Gabe and Mike suggested they just clean out Snake and his lot once and for all. Dad told them no. Many of his kids would take their side and he could not bear to see harm come to his kids.

There was one person present who was not one of Dad’s employees. It was his one son that had remained with him from the beginning. This, his one son, stepped forward and said, “Dad, you know what I must do. I will go after them; we will win them back…, every one.” Weeping, Dad threw his arms around his precious son and watched him as he left the room. His heart was heavy. He knew the hardship this one beloved son would have to go through.

Dad’s son packed a few simple things, a few plain clothes that nowhere near reflected the fabulous wealth his Dad possessed. As he was about to leave the door of the house, his small suitcase in hand, Gabe and Mike were waiting to see him off.

Looking knowingly at each other, Gabe was the first to speak. “I brought you the keys to the bulletproof Mercedes. Can’t understand why Dad didn’t give ’em to you,” he whispered. It was then Mike jumped in, “Listen kid, you should pack some heat. Take my nine millimeter and for goodness sake, we have bulletproof vests you can wear.” The son looked at them and laughed. “Aren’t you a couple of angels to look out for my safety. No thanks, Guys. The Snake has all Dad’s kids convinced that Dad is an armed angry bully. They think he is just out to beat them for every mistake they make. I want to show them love and what our Dad is really like.” With that, he walked out the door.

“Well if you need us, we will be watching every second; just give us a call!” Gabe shouted after the young man. Well, Dad’s son went everywhere he could find Dad’s kids and helped them with their difficulties they had gotten into. He loved on them and most importantly he told them…, “Dad is like me; He loves you so very dearly.”

Then it happened over and over again. The front doorbell would ring and when Dad opened the door, his son would be standing there with one of his kids looking up at him with eyes full of tears. The kid would hardly have time to say, “I am so sorry…,” before Dad would let out a shout of joy and throw his big loving arms around there turning boy or girl. Oh, how great was the celebration in that house that day!

The snake was outraged. He had a plan set up to ambush Dad’s son, but the whole thing backfired on him. To Snake’s chagrin, all the kids the son had brought home went out with the same zeal and love their older brother had. This resulted in even MORE kids showing up at the door to Dad’s house with great rejoicing!

Dad put his arm around Gabe’s wide powerful shoulders and whispered in his ear with a wink, “When all the kids are home, Gabriel, I’ll take you and the boys down to Snake’s neighborhood; and we will have a rumble to end all rumbles.”