Praising FROM the Place of His Presence

“And hath raised us up together, and made us sit together in heavenly places in Christ Jesus:” Ephesians 2:6

I sat there that day in church, clutching my carefully wrapped box, tied with its flawless bow, perched like some sort of trophy upon my lap.  I was completely oblivious of the looming disruption of my perfectly fashioned world that was about to ensue.  But then, without warning, it exploded before me! Within a matter of a few brief moments, he had ripped off the exquisite bow, torn off the well-fastened paper, sent the lid flying, and dumped the contents of my box in a disorderly heap at my feet.  This was all accomplished while he stood there with a funny grin on his face. 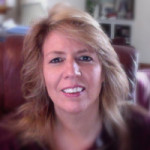 Quite frankly, I was sorely perplexed by his words. After all, praise and worship was the ONE thing I thought I knew a little something about!   It had taken me all of almost 30 years to fill my box with the many components that I thought necessary.   How dare he come and empty it in just one day!

“We do not worship to come into the presence of God,” he said slowly (for my benefit no doubt), “We are already IN the presence of God.  We don’t worship TO the presence of God; we worship FROM the presence.” (I think my mouth was hanging open, but I have no way of being absolutely sure.)  What did he just say? I’m not certain that I heard him correctly.  You mean to tell me that I have spent the better part of last 30 years tirelessly pulling and prodding, pushing, shoving,” leading” people to the throne room of God to now find out that we were already there?  I decided right then and there, I don’t really know if I like this Wayne Anderson fellow.  Who is he and where did he come from anyway? I was already hammering out the letter to Pastor Mike in my mind as I was sitting there in my recently disheveled little universe.

When I arrived home, I proceeded to furiously type that letter to Pastor Mike. I imagine there were clouds of dust, fire and smoke billowing up from my keyboard.  I don’t know if he ever really read the letter or not, but I needed to write it because it revealed the deep seated religion (Sanhedrin spirit) of my own heart.  I then took the matter to my heavenly Father, first to pour out my complaint concerning the peculiar apostle he had sent, and then to ask for His advice.  As I was waiting for Him to tell me that I had been right all along, he impressed upon my heart something unexpected…  “Why don’t you try it?”

“Why don’t I try what?” No further explanation was given or needed.

And try it, we did.  The very next service, Pastor Mike opened with saying that we were all going to take one step forward.  “As you take the step forward, imagine yourself stepping into the throne room of God.  It is from this stance that we will worship, a stance of already being in His presence, not trying to get there.”

This was the beginning of a transformation of praise and worship at the Shepherd’s House. That night there was an explosion of power from the heavenlies.  A shift took place in the atmosphere that I did not understand at the time. We stepped out in an act of faith being directed by a General in the faith.  We were worshipping from a place of faith and power rather than a working up of our own emotion in a desperate religious attempt to try to attain a position in which God had already placed us in through the blood of His Son Jesus.  Selah

“Declare his glory among the heathen; his marvelous works among all nations.”  I Chron.16:24

There was a canvas being unveiled before me, one that I had never seen or knew existed…As the words poured out from the apostle, the images came alive in my heart.

What if, from that place of intimacy in worship you look deep into the eyes of your Father and see what is in His heart.  What do you think you will find there? Do you think you will find a need in His heart for you to proclaim to Him His holiness?  Or is His holiness and His worthiness already established and intricately woven into every fabric the universe?  When we cry “Holy is the Lord!” are we directing it towards Him because he needs our affirmation? Or should we be annunciating His rule, His reign, His holiness, His goodness, His mercy, His loving kindness into the atmosphere of those who have yet to know Him.

Just what will you find when you look deep into his eyes?

Will you not find a passion for the nations?

Will you not see the depths of the compassion for the fatherless, the prisoner, the lost, the lonely, the homeless, those who wander in darkness who have given up all hope?

Was it not for the purpose of his eternal love for this lost generation and the generations throughout all-time that he sent his precious Son to suffer and die an excruciating death?

Was it not for these same generations that His overwhelming victory was accomplished when Jesus rose from the grave, took the keys of death and hell, and sat down as King of Kings and Lord of Lords at the right hand of the Father?

So when we come together for worship let us look into His eyes and proclaim the things that we see there.  By doing this, we will fulfill what he has spoken, “Thy Kingdom come, Thy will be done, ON EARTH AS IT IS IN HEAVEN!”

These were not his exact words, but these are the pictures I have carried with me in my heart and mind since the day he spoke of it.

“And when he had consulted with the people, he appointed singers unto the LORD, and that should praise the beauty of holiness, as they went out before the army, and to say, Praise the LORD; for his mercy endureth forever.  And when they began to sing and to praise, the LORD set ambushments against the children of Ammon, Moab, and mount Seir, which were come against Judah; and they were smitten.”  II Chronicles 20:21-22

Gone are the days of selecting songs based on what tickles the congregation’s fancy or what’s popular with the mainstream user friendly churches. I have to admit that sometimes visitors that come in the door don’t really know what to do with themselves or us. I see the bewildered looks on their faces as we are pounding out the war drums and passionately making declarations into our region.  I can almost hear people say, “Hey, this not like the worship in other churches.  What’s wrong with these strange people?”

“But what about the songs that give us that warm fuzzy feeling?”  There is certainly nothing wrong with those songs, nor is there anything wrong with the churches that sing them. There are actually times when we do sing those sort of songs, but ultimately our worship is not about our own needs and feelings.  I encourage times of intimacy on a daily basis with our worshippers. Intimacy is extremely important.  I like those warm and fuzzy songs.  Our passion is birthed in intimacy, but when we assemble together corporately as one body, it is time for war. War promotes a different sort of intimacy.  In our particular segment of the body, we have been given a mandate as the tribe to Judah to war for our region.  Not every church carries this mandate, nor should they, unless directed by the generals who have heard from the Captain of the Lord’s host. This is another reason why Apostolic Alignment is so important. (See article- “Understanding and Implementing Apostolic Alignment” by Pat Holloran)

One might ask, why do we need to battle in praise and worship when the victory is already won?

Yes, the victory was already accomplished by everything Jesus has done when He went to the cross and shed His precious blood for all mankind.  However, we have an enemy that has taken illegal authority in the hearts and lives of so many.  He is the father of all lies and continues speaking his lies to any and all who will listen.  He tells mankind; there is no hope; there is no healing; there is no deliverance; there is no GOD. When people believe these lies, they give power to these evil voices.  We can and must silence these voices of the enemy!  How do we silence these voices?  We overtake and destroy them by releasing  the sound of our blood-covered praise and worship!

When we declare the rule and reign of Jesus Christ in praise and worship, we are speaking into the atmosphere the Spirit and Truth of Jesus Christ that sets men free!  We are releasing the light of truth that drives away all darkness. The lies of the enemy are torn down! We are releasing the sound of heaven that annihilates the enemy and brings healing and deliverance!. Thus, when the armies of God went out to battle in the days of old, they sent the worshippers before them declaring the goodness and mercy of God and their enemies were defeated by that united Word and sound of truth!

It is with this passion and violence through our praise and worship that the land is taken and Kingdom of God is established in the Earth.

Rise up, tribe of Judah!  Come arrayed for battle and in the Spirit of Unity.  God has given us this land.  Let us roar from Zion, “Our God Reigns!”