King David said, “The works of the Lord are great, sought out by all those who have delight in them. His work is honorable and glorious, and His righteousness endures forever.” (Psalm 11:2-3 AMP). 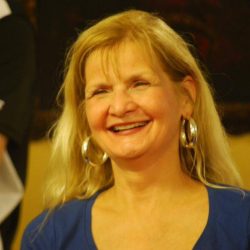 When I meditate on Him and His works, words fail me to even contemplate and express all its magnificence even in a fallen state. There are times when traveling in America and to other countries, there are such visions of beauty that adjectives fall short and even some adjectives in their superlative fail to express the wonders of the handiwork of God.

Given all of this observation and meditation, the word ‘good’ (in the English language) is an inadequate word to describe all of this. The word ‘good” doesn’t do justice to His magnificence.

When in doubt, go back to the original language. In Hebrew, the word good is tov. Remember mazel tov (used for ‘congratulations’ but literally ‘with success’)? Man is created in the image and likeness of God. When all was created in set in place in His divine order, God said: “It was very good (suitable, pleasant) and He approved it completely.”

The Hebrew word tov is from three Hebrew letters: Tet (to surround), Vav is depicted by a hook (secure), and Bet is depicted by a tent (inside). This Hebrew word expresses the picture and dynamic of complete integrity of creation. Everything created had absolute integrity and conformity to precisely what was in Father’s heart in being and purpose. It is a perfect picture and expression of all of creation meeting Father’s approval with ‘good’ because it is exactly what He desired. The inside was the same as the outside – all systems were set to go in full the identity and function for the next step. The next step, being out of this complete oneness and compatibility, was “BE fruitful and multiply, and fill the earth, and subdue it (using all its vast resources in the service of God and man) and have dominion over . . . “

This plan has never changed; however, the enemy’s implemented a strategy to undo God’s plan and set in motion a plan to gain inroads into the depths of man to inject his nature through a beguiling of a potent spirit of witchcraft. He gained entrance through a false word, opening the door to begin to form a false identity and alternate personality which infused his nature into God’s man and woman. There is the beginning of the duality of identities plaguing the human race. The first expression of his success was when God called to Adam and Adam’s response was “I heard Your voice in the garden and I was afraid because I was naked and I hid myself.” Mission accomplished. Self (ego) awareness set in motion and the covering over of his true identity began. The effects of this are reflected in every generation and the fruits evident in the world today.

“Who will deliver release and deliver me from (the shackles of) this body of death? O thank God! (He will) through Jesus Christ (the Anointed One) our Lord!” (Romans 7:24-25)

Our champion, the second Adam, our Lord Jesus Christ, came to ‘undo (destroy, loosen, and dissolve) the works of the devil (has done)!” Now a better than original new creation has been offered to anyone who believes. Our new identity is not just an eternal man who has created perfect but a new creation. This new creation is not only an eternal man created without sin but reconciled and brought into oneness with the One who conquered and crushed death. Our old nature and his identity and history have been crucified and buried with him so we can experience and live true life by sharing His resurrection. In the dying of Christ in our bodies, we have been freed (loosened, delivered) from the power of sin and death.

Let Him define who you really are – recreated in His image and likeness. Do not agree and give strength to what has passed away. What you behold is what we take on and become. Behold Him and become like Him. “And all of us, as with unveiled face, (because we) continued to behold (in the Word of God) as in a mirror the glory of the Lord, are constantly being transformed into His very own image in ever increasing splendor and from one degree of glory to another (for this comes) from the Lord (Who is) the Spirit.” (2 Cor. 3:18) When old corrupt things come up from your consciousness and unconsciousness, behold Him, behold His Word (His truth).

God is good, and the work of His hands are good. We, our true self, has been recreated in the glorious One, the conqueror of death. As we behold Him, we are being transformed by the renewal of our spiritual hearts and minds, and we are proving that is the good, acceptable (what is pleasing) and perfect (complete, mature son of God) will of God.

I love the verse in 1 John 3:1 that says “See what (an incredible) quality of love the Father has given (shown, bestowed on) us, that we should be called and counted the children of God. And so we are!” The next verse says that we are NOW God’s children and even though it is not made clear what we shall be, but we now that when He comes and is manifested, we shall be like Him, for we will see Him as He is. The riches of His love is beyond measure. Again going back to the original language, the Hebrew word for love is Ahav. Ahav, more literally means to behold or reveal the Father or the Father revealed.

Reveal a good Father to those around you!!