Ordination And The Trumpet Call

I often receive questions about how and why we orchestrate our ordinations in the manner in which we do them. It seems we are unique in our ordination ceremonies in comparison to other groups. I always tell the story of how Dr. John Graham Lake ordained folks into the ministry of the gospel of Jesus Christ, 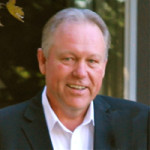 so I thought it would be good to place the original writing of Lake here so that you might read the story for yourself. This is a sever message that we preach in some variation, each time that we ordain folks. It is worth knowing – worth reading – worth digesting. Herein is the message by Dr. John Lake which is an ordination service that he was performing called, “A Trumpet Call”