Your Inheritance In The Land In Your Region

Why You Need To Know History For Today 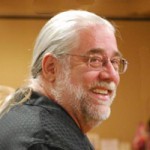 The Bible tells us that in the time of Daniel, there was battle between an angel sent to God’s servant, and a “prince” that ruled the nation at that time. This entity, as we know, was not a human ruler, but a “fallen angel” from the time of Satan and his rebellion against God. Ephesians 6:12 states, “For we do not wrestle against flesh and blood, but against the rulers, against the authorities, against the cosmic powers over this present darkness, against the spiritual forces of evil in the heavenly places.”

If we look at this scripture in its context, we will discover that there is a realm around us that is not “natural”, as seen with human eyes, but a “supernatural” world, where flesh and blood are in contact with creatures who have celestial bodies, spirit bodies, and are constantly trying to oppress human beings in their daily lives.

The rulers that are not human in these realms are, in fact, delegated authorities that are commissioned by Satan to attempt to take over lands, waters, regions, etc…

These rulers work with powers of wickedness that come to a land as a result of an “anti-christ” activity in history. Anti-christ activity can be human sacrifice, abortion (the shedding of innocent blood), sowing discord among the brethren, living contrary to the laws of God that were ordered for a Kingdom mentality of heaven on earth, as well as denying Jesus Christ as King of kings and Lord of lords. Of course, there are other actions that can be attributed to this title, but for the most part, realize that it is about establishing an anti–God, anti–Christ belief system where the righteousness, justice, and love of God is not enabled to occur on lands.

Now I bring all of this up because according to Hosea 4:6, “My people are destroyed for lack of knowledge” (ESV). This means that not knowing, understanding, or realizing our surroundings, we can be halted from fulfilling our destinies ordained by God from when we were in our mother’s wombs (Psalm 139:13-16).

What the enemy of the souls (destinies) of God’s people wants to do is to create a complacency that derides any ambitions of God in a people and makes it turn to abandoning futures, hope, and changing spiritual climates outside the walls of a gathering place (aka – church).

If the church, or rather the Ecclesia of Christ, would decide to fervently obey God’s commands of dominion rule and reign, and function in the realization of?  “Your Kingdom come and Your will be done,”  we would recognize that we have orders from heaven to govern according to God’s plans for the earth NOW. As a result, this world would be a very happy place.
Did you know that in military strategies, not only does an army prepare for battle by having supplies, establishing communications, and drawing up plans for going on the offense, but that it also takes time to learn about the enemy leaders of the opposing forces? You would start to first learn about the personality of the commanding officers of the enemy. Then you learn about where they received their training. Then the wise leader(s) will look to the past record of battle tactics used by the commanders of the opposing army. In this study, one can often find weaknesses, strengths, as well as patterns of repeating the same battle strategies over and over.

When you know these attributes and tactics of an enemy, you can then lay out a strike plan that will unction not only victory, but will lessen the amount of casualties to the forces that are gathered for your cause. It is the same with the spiritual planning of battle as well. The enemies of God’s lands truly do not change their tactics. They will find a pattern and plan, and when it brings the desired success that they need, they will continue to use it over and over.

It is the same in knowing the history (both good and bad) of a city, region, territory, or nation. When you know the land that you live on, when you have studied its faults and the way that it was yielded to darkness, you can be a carrier of blood–covered light that will remove these old curses and bring in hope for change that will be godly and not carnal.

Imagine if you could lay out the historical facts of your land, find the high places and establish the culture of heaven on the earth there. What if you could find out the history of the moves of God for your land? How about finding a history where founding leaders pronounced that the land was God’s and they were there to steward it? This is just a small part of why we must know the facts of our lands today. We can and will make a heavenly change to where we live today by becoming a people who have the hopes, the plans, and the mind of the Lord, and by creating opportunities and fulfilling the desires that Christ has for us on this earth.

When we can muster up the courage to decide to find like-minded people to align with, we will become the powerhouse saints of God for today and author revolution in society that says God truly is greater. In this alignment, this joining together, there is even safety as others come to protect your left side, your right side, and your rear guard.

Today, International Apostolic Ministries is setting out to restore lands, lives, faith, and people. Our desire is to promote a culture that says we are for each other by honoring the brotherhood. We are becoming a force to be reckoned with that will bring destinies into the hands of God for success.